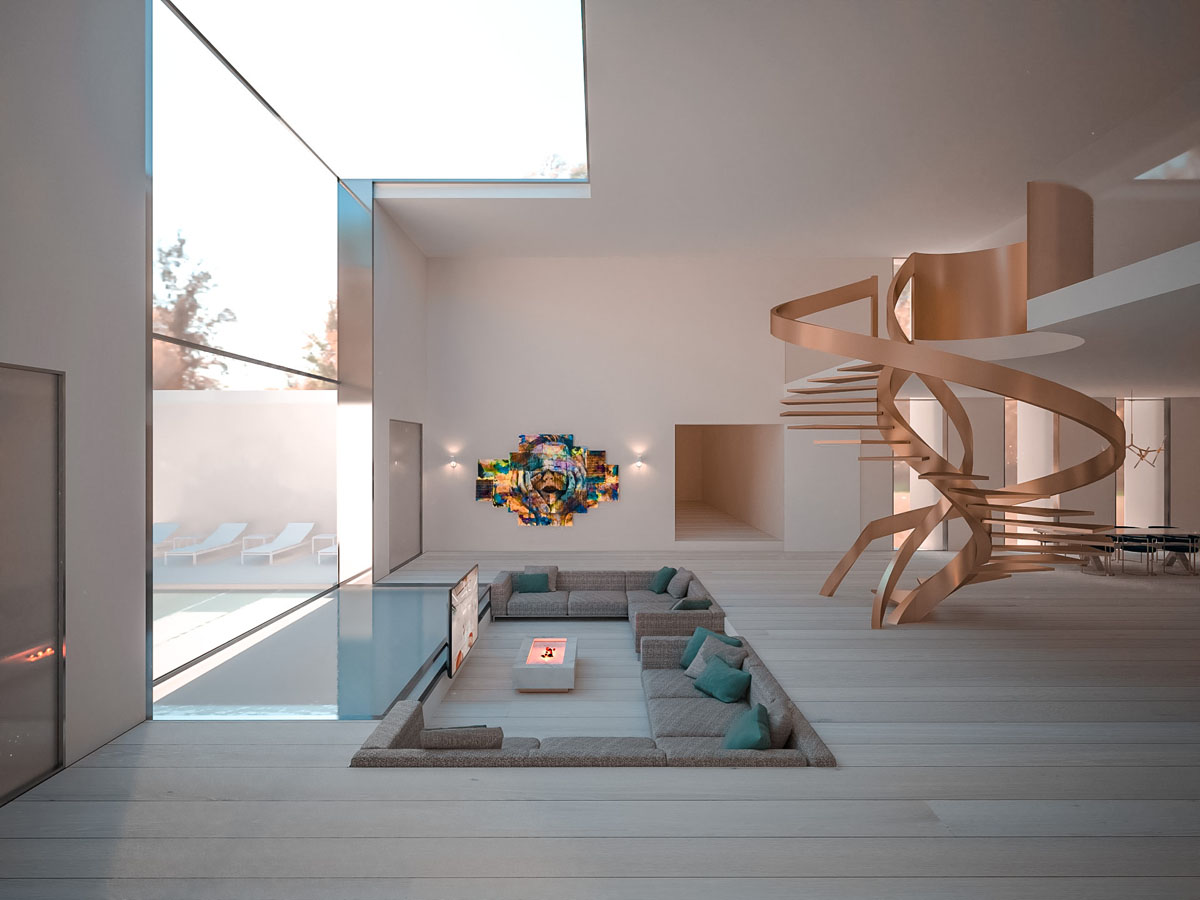 The Milan-based architect Piero Lissoni is known for his luxurious minimalism: Witness the former music school in Amsterdam he transformed into a sexy hotel, or the atmospheric showrooms for Benetton, Boffi, and other Italian brands he has fashioned around the world. But Lissoni says he approached the design of a house in the southwest corner of Tuscany “like a child” rather than like an architect. With its simple rectangular shape, topped by a gabled roof with a chimney at one end, the two-story villa resembles nothing so much as a five-year-old’s drawing.

In the living area, the sofa by Living Divani and the glass-and-metal shelving unit by Porro were both designed by Lissoni; the white metal chairs are by Jasper Morrison for Cappellini, the floor lamp is by Achille and Pier Giacomo Castiglioni, and the shelves are filled with heirlooms, antiques-store finds, and tableware from Ikea.

That childlike approach belies Lissoni’s canny and subtle craftsmanship. The expansive windows, he points out, are precisely positioned to take advantage of the surrounding landscape; one tall, vertical window spans the two floors. ” Nature is the best TV screen,” he says. “Every minute, something happens. You might be sitting at the desk in the upstairs office and look up to see a herd of deer run past. Half an hour later, you might see foxes or wild boars.”  สถาปนิก